Your Are Here:  Home Events East of Eli (Afternoon)

THIS EVENT IS AN ALL AGES SHOW!

East of Eli is the stunning musical project from singer-songwriter Nathan West. Blending cinematic folk, pop melodies and modern electronic sound, East of Eli has been garnering both critical and popular acclaim since its formation in 2014. Eli has received critical acclaim with American Songwriter noting West as an artist on the rise as well as being featured in such high-profile outlets as People Magazine, Hollywood Life, New York Post, Popdust, Hallmark’s “Home and Family,” and more. East of Eli has also found success selling out top venues in the US including Los Angeles’s Troubadour, Roxy and New York’s Knitting Factory as well headlining a sold out European tour in such cities as Paris, London, Berlin, Zurich and more including a special performance at Liverpool’s famed Cavern Club where he received his ceremonial brick and future residency.

Inspired in return by their beautiful initiative, Create Change, East of Eli and Chyler Leigh (Alex Danvers in Supergirl) have decided to join the FAB4000 and support them by organizing a double benefit event at the Cavern Club in Liverpool and a t-shirt campaign with the intent to generate awareness and raise funds for Liverpool Heartbeat & help to make the FAB4000 an on-going and sustainable project.

The day will begin with an East of Eli Acoustic concert at 4PM with Chyler Leigh. Following the concert, a special VIP meet and greet reception will be held with Nathan West and Chyler Leigh as well as an exciting auction.

THE EAST OF ELI DAYTIME PERFORMANCE IS AN ALL AGES SHOW! 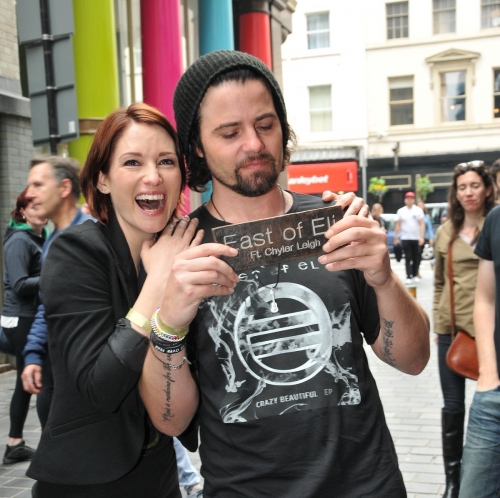