Your Are Here:  Home Events “Predilection” and “The Sparks”
array(0) { }
FREE with General Admission The Cavern Club Live Lounge

Join us in The Cavern’s Live Lounge for two great bands from the Netherlands playing songs from the ’60s and ’70s!

The 60’s coverband Predilection was formed in Horst-Limburg, Holland in 1965. Two, of the original members, Jac Hanssenlead vocalist / guitarist and Leo Janssenpiano / keyboard are still active with the band. They started by playing many lively gigs in regional youth clubs and participated in numerous talent shows. They also made appearances on Radio Luxemburg’s Record Beatshow and have since performed at many regional, national & international venues. Early on, the group had various names :  Black Condors, Sharks, Racks & later Predilection, which has remained until the present day.
During the winter of 1967 they toured the South Eastern region of Holland and used a manually operated lightshow, which was unique  for a regional amateur band. This certainly added to the effects on their cover versions of numbers from The Doors.
At the start of the 70’s most activity was put on hold while they were called up, one by one, for military service. However, they did manage to get some playing in at weekends, by giving musical support to a local youth choir at various concerts. 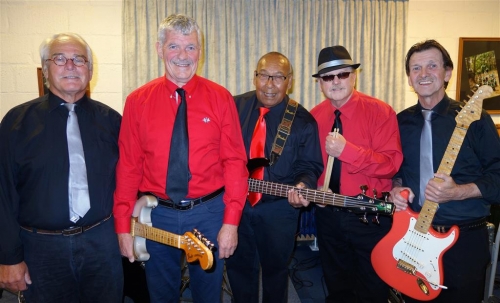 During the next 20 years the band played at local hops & gigs until the beginning of the 90’s when they were approached to take part in the Beatnight at the Market Hall in Horst-Limburg which was to become the Sixties phenomenon for all fans & followers of  60’s Music, every year & for the next twenty years.
In 2003 two band members decided to call it a day and were replaced by new drummer / vocalist, Dave Edwards, previously with Dutch allround band, The  Aces and new bass guitarist / vocalist Mees Nunumetewho hails from the renowned  Dutch country-folk band, The Vrijbuiters. More recently the band has welcomed solo guitarist Huub Dijckmannswho played some early gigs with Predilection, in the 60’s but has since played wuth a number of well known groups in the area including  The Teddy Boys & The Classics.

Since the release of the CD ‘Nostalgic Emotions’ in 2008, Predilection has given performances, with a renewed programmeof coversfrom, The Animals, The Searchers, The Kinks, The Byrds, The Tremeloes , Hermans Hermits, CCR, The Small Faces, The Eagles, Chuck Berry, Tom Petty, Neil Young,  Spencer Davis, The Who. The Rolling Stones & many others. Much attention is devoted to the perfection of the close-harmony vocals…….

Following a number of 60’s weekends at The Grand Burstin Hotel in Folkestone, Predilection joined up with The Sparks, at this venue, in April last year, for a super 60’s Festival Weekend along with 150 fans in no less than 3 coaches from Holland.
The Sparks
The Sparks started as a band of youngsters in 1962 when Twan van Well and Piet Hoebers began playing together with some friends. As a real Shadows fan the first songs were mainly instrumental. Later when Ben Hermsen joined the group non-instrumental songs became the main repertoire.
The Sparks were very successful in the South of Holland and the German region across the border. They won several talent scouting contests in those days.
From 1970-1990 the band stopped playing every weekend because of military duties, starting a business and studies. They still came together on special occasions to do performances. 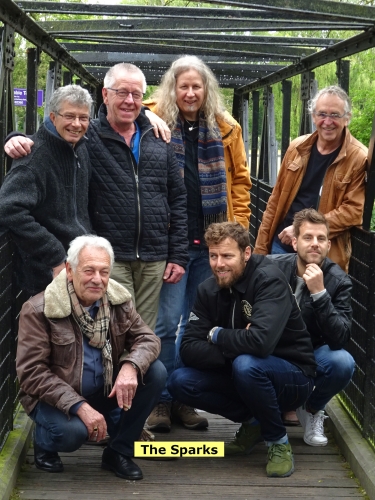 Their second career really started off in 1990, when the first Beatnight was organised in Horst, The Netherlands. They got so many positive reactions that they have been playing ever since. During the following Beatnights they took part several times and played with British groups such as: The Tremeloes, The Searchers, The Fortunes, Dozy-Beaky–Mick and Tich, The Animals & The Troggs.
One of their highlights was when they played at the Cavern in 2003 and about 50 fans came along on this trip to Liverpool. Over the years the Sparks released 4 CD’s.
In 2017 they played together with Predilection at a double dutch weekend in Folkestone. Again some 160 fans came along.
Mainly because of health reasons, the line-up of the Sparks changed a bit over the years. The original singer died and his two sons (twins) took over as the new singers in 2006. In Liverpool in 2018 they will play in the following line-up: Twan van Well (solo-guitar), Hay Hoebers (rythm guitar) Peter Verberne (Bass-guitar) Bert Voesten (Drums) Ben and John Hermsen (singers) and Cor v.d. Cruijssen (piano/accordeon). Almost the same line-up as in 2003 at the Cavern except for the sngers and the pianist.